Quote: the Navy Marine Mammal Program is based in San Diego. Animal trainers regularly run practice drills in training areas off the San Diego coast. In early March 2013, a dolphin named Ten signaled a find during her daily training. Her trainers were surprised as they had not planted a practice target in that location. A week later, when another dolphin named Spetz reported an object in the same location, his trainers directed him to mark it for divers to investigate.

The divers were astounded to discover Ten and Spetz had found the tail section (bottom left) of a rare, nineteenth-century Howell torpedo. Recent storms had stirred up enough seafloor sediment that the dolphins’ echolocation could detect the Howell tail, which was more than 90 percent buried. At their trainers’ direction, the dolphins searched the training area for the other sections of the torpedo. The dolphins readily located torpedo’s midsection about ten feet from where the tail section was located. The torpedo’s exercise head was never found. 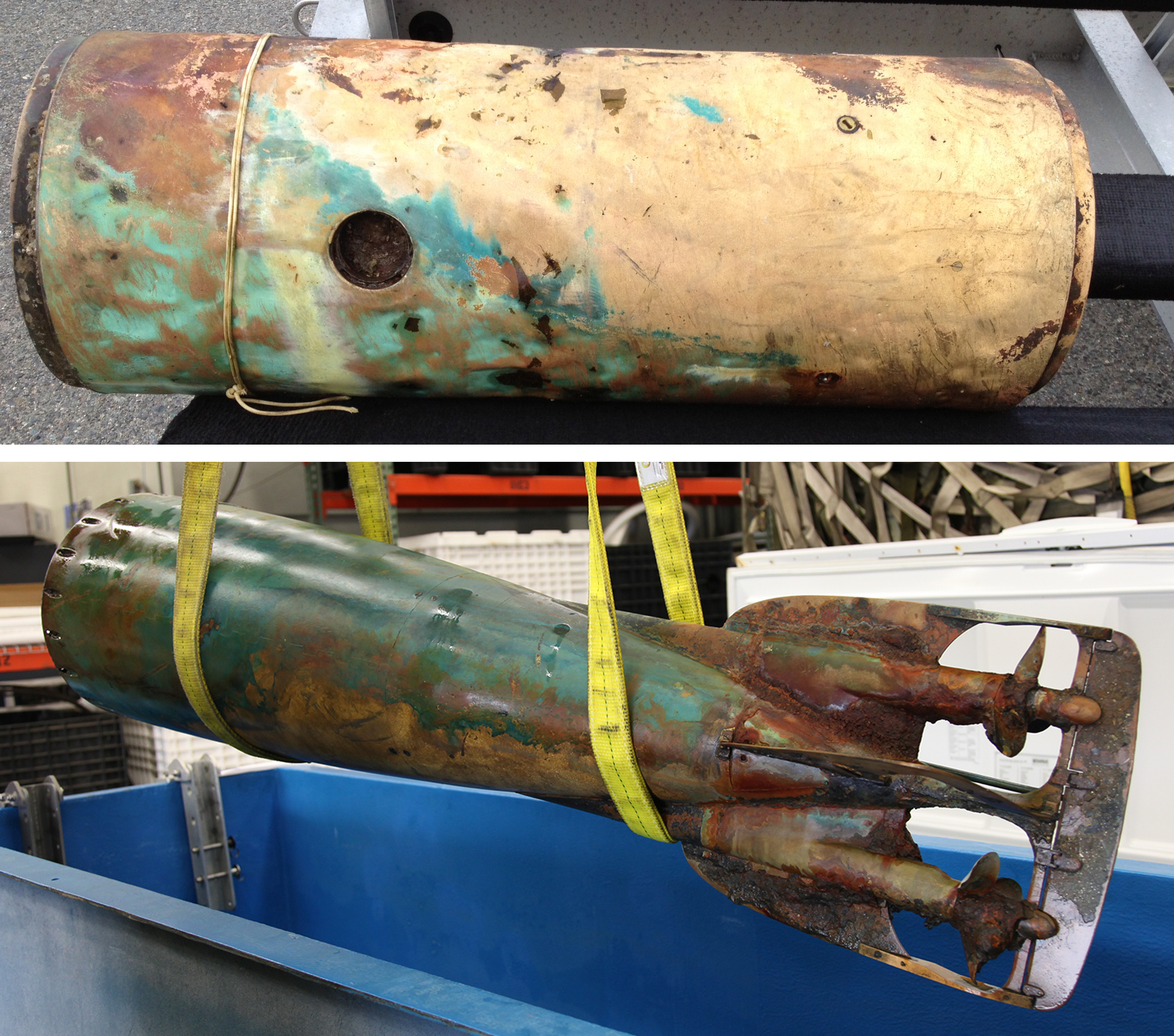